Of the respondents, those with an average annual income of $150,000 or more showed the highest likelihood of switching to a Mac. 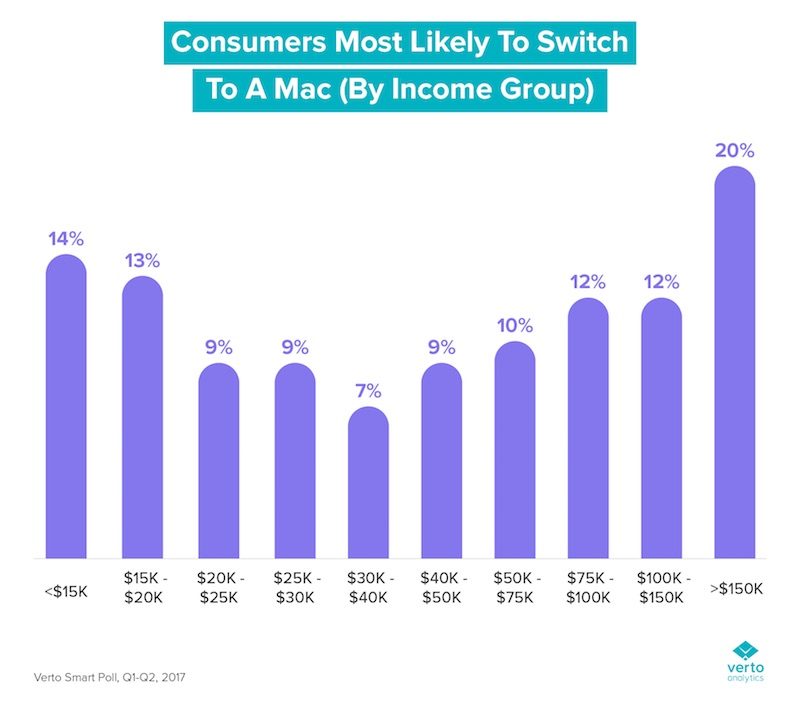 By comparison, the research firm said at least 98 percent of current Mac owners surveyed intend to stick with Mac as their next computer. In other words, only 2 percent of current Mac users surveyed are planning to switch to another computer brand, be it running Windows or another operating system.So all you people who are against Apple and their computers here is proof that Macintosh is the king and always will be.