Apple announced the iPhone X during its special event at Steve Jobs Theater in Apple Park, Cupertino, today. Apple CEO Tim Cook said the iPhone X was "the future of the smartphone" and will "set the path for technology for the next decade".

"For more than a decade, our intention has been to create an iPhone that is all display. The iPhone X is the realization of that vision," said Jony Ive, Apple’s chief design officer. "With the introduction of iPhone ten years ago, we revolutionized the mobile phone with Multi-Touch. iPhone X marks a new era for iPhone — one in which the device disappears into the experience."

The iPhone X, pronounced "ten", features a 5.8-inch Super Retina OLED edge-to-edge display with a 2436 x 1125 resolution and 458 pixels per inch, including HDR support in Dolby Vision and HDR10 formats, as well as True Tone technology.

The device uses touch-based gestures to interact with iOS 11 in lieu of a home button, and is powered by a next-generation A11 Bionic neural processor that handles world tracking and scene recognition, backed up by a GPU that enables graphics at 60 frames per second. The handset comprises a glass and stainless steel design, which features a front-facing camera with advanced facial recognition and authentication technology called Face ID. 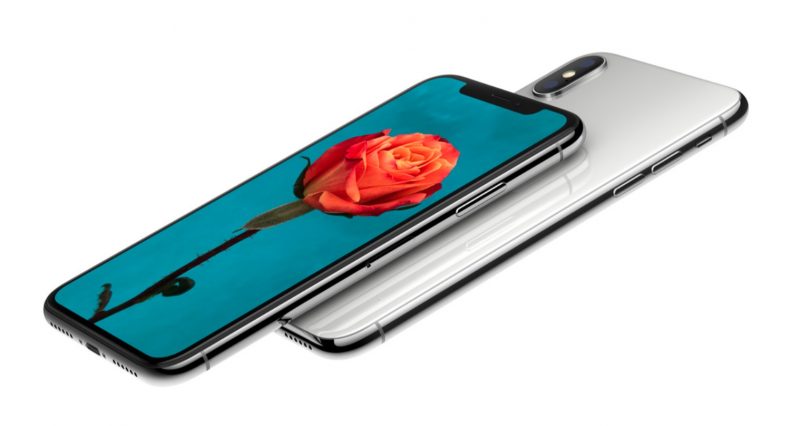 The Face ID authentication process utilizes the 7-megapixel front-facing TrueDepth camera along with a dot projector, infrared camera, and flood illuminator, in order to accurately map and recognize the user's face, so that it can be used to authenticate Apple Pay and gain access to secure apps. By combining these technologies, Apple claims that Face ID learns to recognize the user's face under a variety of conditions, and can't be fooled by photographs, with a 1 in 1,000,000 chance of mismatch, which compares to 1 in 50,000 for Touch ID.

Elsewhere, the iPhone X's glass back supports wireless inductive charging that works with Qi-certified third-party charging devices, including pads offered by Mophie and Belkin. Apple also gave a sneak peek of AirPower, an Apple-designed wireless charging accessory coming in 2018, which offers an active charging area to simultaneously charge up to three devices, including Apple Watch Series 3 and a new optional wireless charging case for AirPods. The iPhone X is fast-charge capable, while its surgical steel band is said to enhance its water and dust resistance at a microscopic level. The handset will be available in space gray and silver colors.

The iPhone X comes in 64GB and 256GB storage capacities, costing $999 and $1149, respectively. The iPhone X will be available to pre-order from October 27 and will ship on November 3. I personally can't wait.