The iPhone has been named the "best-selling tech product of 2017" by analyst Daniel Ives of GBH Insights Apple's smartphone achieved the same ranking in 2016, and Ives said that the company will sell a total of 223 million iPhones in 2017, increasing from 211 million sold in 2016. 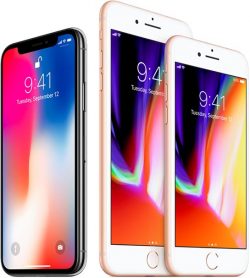 The iPhone was followed by Samsung Galaxy S8 and Note 8 (33 million), Amazon Echo Dot (24 million), Apple Watch (20 million), and Nintendo Switch (15 million). In the fourth spot, Ives described Apple Watch as a product that's now "found its niche" in the wearables market, thanks to the LTE Series 3 update that makes it less reliant on the iPhone. The analyst also cited ongoing discounts for older models, improved battery life on the Series 3, and Apple's pivot away from marketing the Apple Watch as a fashion accessory to one mainly used for fitness and working out. So with Apple on top we here at Got Mac will be serving you for years to come.