Apple's iPhone and iPad were again the most popular mobile devices gifted around the world during the holidays this year. In the week leading up to Christmas Flurry took a look at all new smartphone and tablet activations to see which devices consumers were purchasing most. 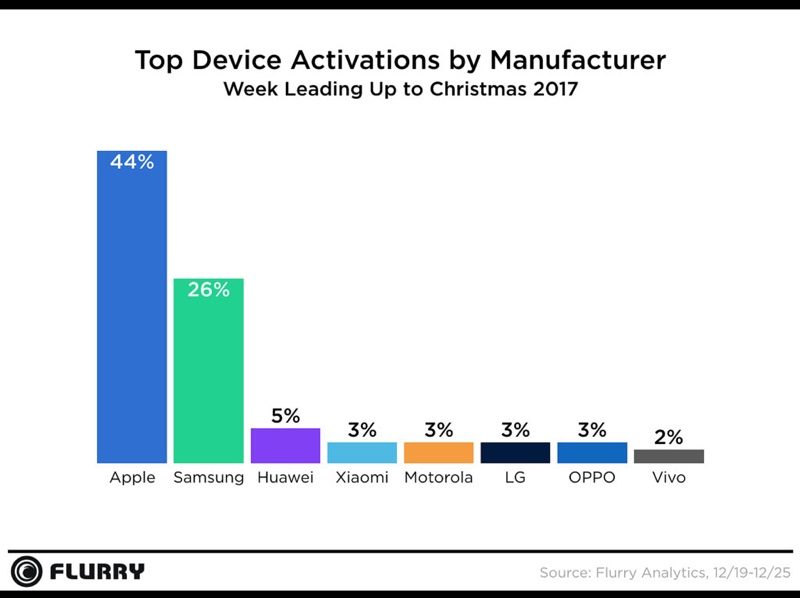 So like i say a lot Apple is Will And always will be the best.