Apple added banners to the App Store and iTunes Store on Mac and iOS devices allowing Apple customers to donate to the American Red Cross to support those who have been affected by the fires that have devastated Northern California.
Impacting Shasta County and the town of Redding, the Carr Fire has become the sixth most destructive fire in California's history, ripping through more than 125,000 acres and destroying or damaging over 1,500 homes and buildings. Other smaller fires, such as the Ferguson Fire near Yosemite National Park, are also raging in California due to the hot, dry weather. 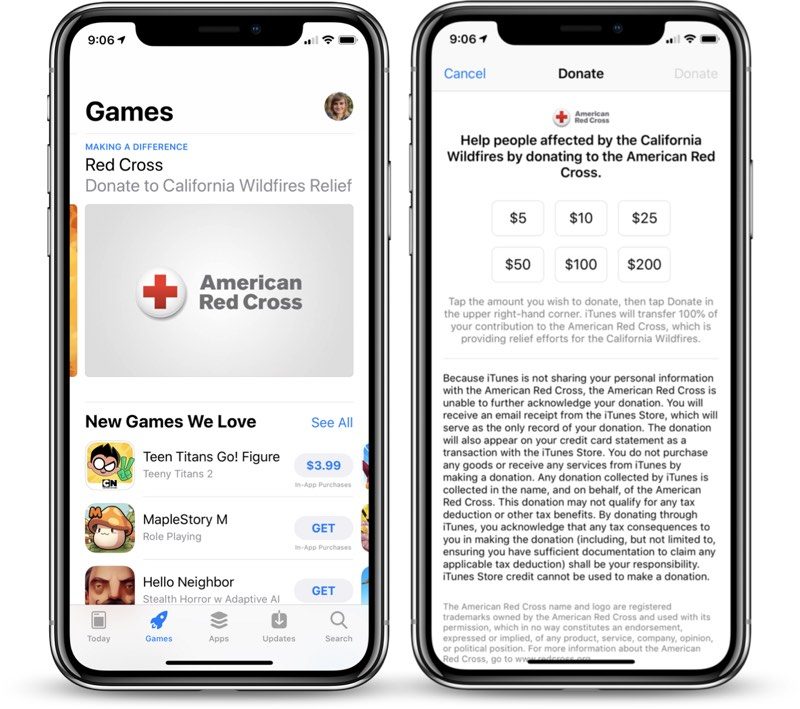 i think its pretty cool that apple is doing this. For the full article Click here https://www.macrumors.com/2018/08/03/apple-red-cross-donations-california-fire/