According to Apple statistics there are is now 59% of devices that have ios 11 which is by 6% since early November. 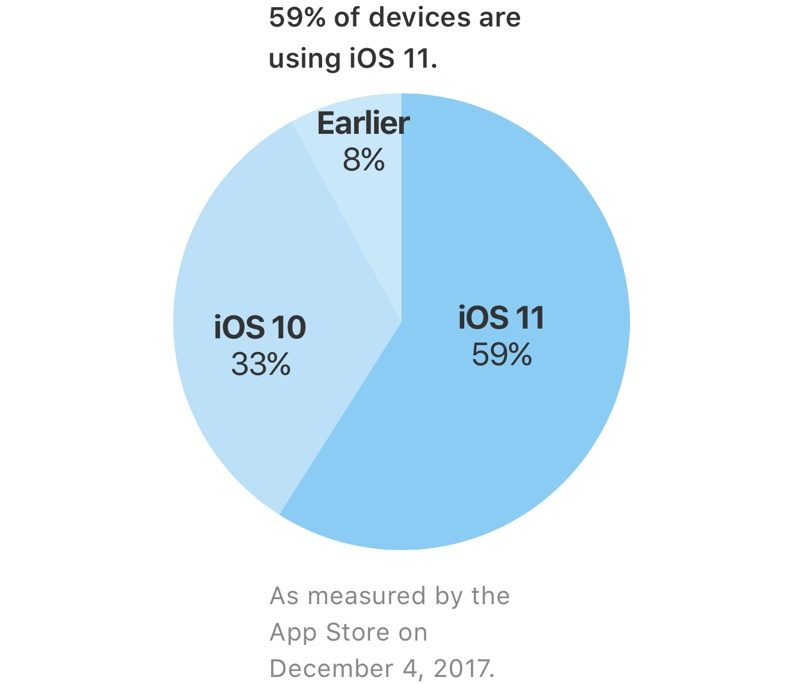 33 percent of iPhones, iPads, and iPod touch devices continues to run iOS 10, while 8 percent of devices run a version of iOS earlier than iOS 10. Apple has already released several updates for iOS 11, but that doesn't seem to have improved installation rates, especially as many of those updates have been made available to address major bugs found in the operating system.